A reply to the Council for Social Democracy

The Council for Social Democrats (CSD) describes itself as “a network of individuals and organisations who are striving to develop an alternative socio-economic model in lieu of the existing socio-economic model created by the new world order and the neo-liberal economic policies". In Sri Lanka, where the working class and socialist movement has not yet fully recovered from the defeat of the 1980 general strike, let alone the devastation of the Civil War, any such initiative is to be welcomed. The Council has presented its political rationale in “An Accesses to start a Social Democratic Movement” in order to create, “a process for political dialogue" and it is in the same spirit that we present this reply.
තව කියවන්න (Read more)
Published by Socialist Party Sri Lanka at 2:04 PM No comments:

Get involved in supporting the progressive trade unions in Sri Lanka

From Resistance to Revolution

Manifesto for a Fifth International 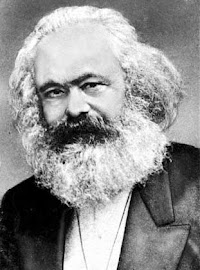 The Credit Crunch - A Marxist Analysis